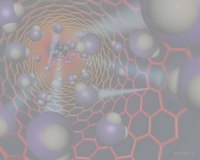 Dr. Hyung Gyu Park received B.S. and M.S. degrees from Seoul National University, Seoul, Korea, in 1998 and 2000, respectively. In 2007, he received the Ph.D. degree in mechanical engineering from the University of California at Berkeley, Berkeley, CA, USA. During his Ph.D. research, he was awarded Student Employee Graduate Research Fellowship from Lawrence Livermore National Laboratory. Since graduation, he has been a post doctoral researcher at Lawrence Livermore National Laboratory. His multiple research experiences encompass (1) computational fluid dynamics and heat transfer for various academic and industrial applications, (2) microsystem design and fabrication for microfluidic reactors in a fuel cell system, and (3) integrated micro-nanofabrication for nanofluidics platformed by carbon nanotubes. Three major research projects he is currently conducting at LLNL include (1) investigation of mass transport phenomenon in carbon nanotubes and the related carbon nanotube-membrane development, (2) use of nanotechnology in field ionization, and (3) surface enhanced Raman scattering. He is one of the leading scientists who, for the first time, experimentally found fast mass transport of gases and water in sub-2-nanometer carbon nanotubes. He is interested in the use of nanoscience and nanotechnology in the advancement of water desalination and energy technologies.